Fighting to defend his Continental SportsCar Challenge Street Tuner championship at his home track is certainly on the mind of Nick Galante heading into the Continental Tire Monterey Grand Prix at Mazda Raceway Laguna Seca September 21-24. The No. 17 Rickie Fowler/Legistics/RS1 Porsche Cayman co-driver with Spencer Pumpelly is also fighting for something much larger.

Galante and his supporters, namely principal sponsor CEO Phil Frengs of Legistics and PGA golfer Rickie Fowler, decided to eschew all corporate logos to instead focus on the Racing To End Alzheimer’s charity. Those donating to Alzheimer’s research will have the opportunity to put the name of their afflicted loved one on the car that will be competing in Saturday’s feature race, the four-hour Mazda Raceway Laguna Seca 240. More information about the program and how to donate is available here.
World Alzheimer’s Day on Thursday, September 21 is a day on which Alzheimer’s organizations around the world concentrate their efforts on raising awareness about Alzheimer’s and dementia. Alzheimer’s disease is the most common form of dementia, a group of disorders that impairs mental functioning.
Galante, who lives in Monterey with wife Erica Freestone, took time to answer questions about Racing To End Alzheimer’s, his deep ties to the Monterey Peninsula community, the upcoming event, and the unique path that led him from an upbringing with a non-racing family in Greenfield, Mass., to a professional racing career.
Read The Interview Here
No comments: 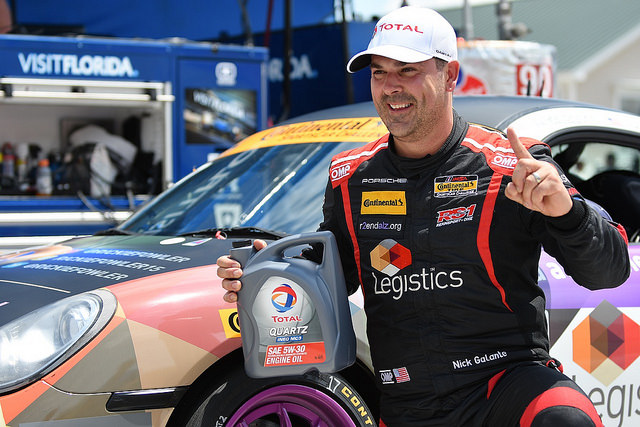 Watkins Glen has treated the Greenfield, Mass. native well over the last two years as Galante recorded his first Continental Tire Challenge series win here last year and Friday’s pole was his first in the series as well."

FIRST RACE OF THE SEASON 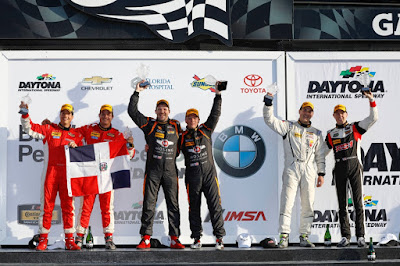 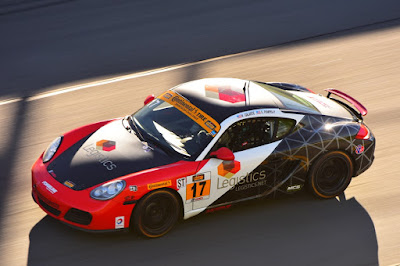 The first race of the season in the Continental Tire SportsCar Challenge series had its new obstacles. Qualifying in the rain was looking to be interesting. The session went without incident.
Nick Galante who joined the new Rennsport One team this winter along with teammate Spencer Pumpelly looked to qualify towards the front. Galante with a new car to learn, was unable to find a drafting partner in the rain, was only able to manage 14th out of the 29 qualifying cars in the ST class. That was not to stop a great drive for the race. Galante was able to learn his new car for the season and worked his way up to sixth before handing the car over to his co-driver. Towards the end of the race Spencer Pumpelly put his head down and charged his way towards the front. With only minutes to go Pumpelly was able to pick off the third and second place drivers. With Eric Foss in the #56 Mosing Porsche too far ahead to challenge, Galante and Pumpelly would finish second. A great start to what is looking to be a action packed season. Stay tuned for more updates and news. Be sure to watch the race next week, Febuary 13, on FOX SPORTS1, 8:30AM EST
No comments: 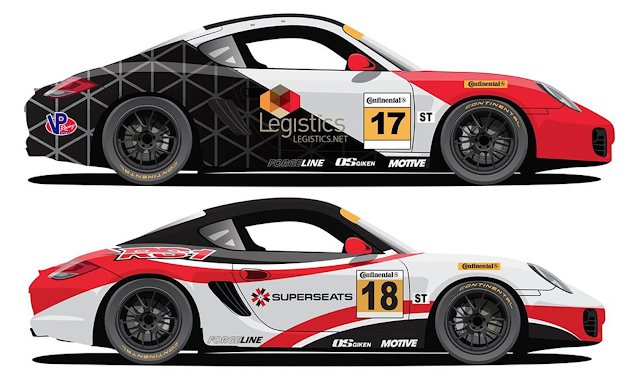 RS1 team principal Justin Bellinzoni was planning this winter on a good 2016 pairing for the No.17. “When we were able to line up Nick with Spencer, and with the support from Legistics, it made sense and we decided to go with it. The car has a new look for 2016, and we’ve put a lot of time into testing. We thought we developed the chassis very well last year and progressed throughout the season, and obviously it showed with our results. But in this off-season, there was no time to take a break. It was back to basics, and we’ve worked to make our cars that were good even better. We feel like we’ve accomplished that, and we’ll be coming to Daytona very prepared. We’re built a brand-new No. 17 for Spencer and Nick.” Bellinzoni said. “The old No. 17 had a big hit last year at Road America. We patched it up and managed to win at VIR and Circuit of The Americas, but it was never really the same. We started with a fresh new chassis, so we’ll have a brand-new car that these drivers deserve.”
No comments: 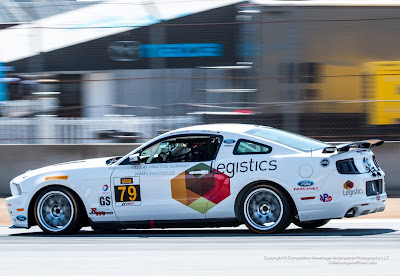 Among the field of more than 100 drivers competing in this weekend’s Continental Tire Monterey Grand Prix, powered by Mazda, one in particular hopes to capitalize on his home field advantage. Nick Galante of the No. 57 Racers Edge Motorsports Mustang Boss 302R returns to his Monterey roots in his chase for victory.

With the help from main title sponsor Legistics and the racing expertise of Racers Edge Motorsports Team, Nick Galante has secured a full season opportunity to compete on the fierce national stage of the IMSA Continental Tire Sportscar Challenge Series. "This has been a long road and an absolute dream come true," Nick said after finalizing the deal.

Watch for Galante in the #57 white Legistics and Racers Edge Motorsports Mustang Boss 302R at each of the IMSA Conti races, each streamed live at IMSA.com and after each race on FOX Sports1.
No comments:

Nick Galante has been trying to put together a full season championship effort in the IMSA Continental Tire SportsCar Challenge. He has been honing his skills by running in some of the top events during the past couple of seasons. This year he has secured a seat with the Legistics company as a partner. Driving the #79 Ford Mustang Boss 302R with the experienced team of Racers Edge Motorsports, Nick is set to compete in 4 of the 12 races of the season.
Mazda Raceway Laguna Seca, CA: May 3rd2014
Lime Rock Park, CT: May 24th 2014
Watkins Glen, NY: June 28th 2014
Road America, WI: August 9th 2014

The season started on Nick's home track at Mazda Raceway Laguna Seca. The team struggled with some braking issues in all of the practice sessions and into qualifying. Nick managed to qualify the car 22nd out of the 27 GS cars. With the brakes fixed and hopes high, Nick had a great start and started moving quickly through the field. He picked off 4 cars before turn 2 and another 2 cars into turn 3. The first half of the race was riddled with caution periods. Fuel strategy was going to be tough. Nick managed to work his way up to 2nd place just before the restart of the 4th caution period. With an hour and ten minutes remaining, Nick was under fierce pressure from the cars behind. Be sure to watch that battle on the YouTube link here YouTube/GALANTEbattle
Nick pit for fuel and a driver change immediately after that fierce battle. The team ended up finishing 16th. Although the car was a little banged up, it was a good first race of the season for Nick. He quickly packed his bags and headed to Connecticut for the next race, The Lime Rock Park Northeast Grand Prix. Nick was to be paired with co-driver Justin Piscitell for the 2.5 hour race. Rain was in the forecast for the weekend. Moments before qualifying the skies opened up and a healthy downpour commenced. Qualifying was cancelled due to the flooding. Unfortunately the teams were instructed to grid up for the race by seasonal points and not the practice times. Only having competed in one other race this season the #79 would have to start towards the back, 21st of the 28 GS cars competing. Nick in his usual fashion had a great start and picked off 4 cars into turn one, and another 2 before turn two.

He was able to work his way up to 10th before pitting. The team did a great pitstop and driver change at the halfway point of the race, but the 79 was penalized for speeding in the pits on the way back out. They were ordered to complete a drive through penalty. The team, despite the penalty, was able to finish 14th.With 2 of the 4 races in the books, Nick heads to the historic road course of Watkins Glen in northern New York on June 26th-28th. If you can't make it to the race or watch live on IMSA.com be sure to watch on TV on Fox Sports1 on July 6th at 10:00 AM Eastern time. Thanks for being a fan. Every little bit helps Nick on his wild and difficult journey. Look for him on the podium soon.
No comments: